Feb. 9 at 10 a.m. in Baltimore-Cleanup to Commemorate a Hero 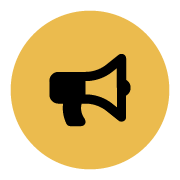 Join us for a cleanup of Racheal Wilson Memorial Park, 145 S. Calverton, Baltimore from 10 a.m. to Noon on Saturday, Feb. 9.   We will be removing trash and brush.  Gloves and tools will be provided.

Ms. Wilson was the first female firefighter to die in the line of duty for the City of Baltimore.   Feb. 9 is the 12th anniversary of her death.  The park is the vision of the residents of the Boyd-Booth neighborhood, the African American Fire Fighters Historical Society and Firefighter Wilson’s family.  The park is a pilot project of the Baltimore Green Network and the INSPIRE program.